Cutting-edge design by Nendo. Simple. Minimalist. And always unexpected. The creations from the Japanese design studio break with convention. They create that ‘wow’ effect. And are easy to understand.

“Good design is when I can explain my ideas to my grandmother or to a young child.” The architect and designer Oki Sato named his studio after the Japanese word for modelling clay. A clue that his designs are created in a very playful way.

This unusual approach has placed him at the forefront of the international design scene. And made him a design partner of AXOR.

WATER AND LIGHT – AN EXCITING COMBINATION.

AXOR’s collaboration with the Japanese creative studio began in 2013 with the AXOR WaterDream. Oki Sato designed his idea of the perfect shower. The product he unveiled was exceptionally ambitious: A shower with ambient lighting. A lamp featuring ingenious water design. And a luxury designer product which gives the shower a cosy feel.

The AXOR LampShower was created from the dream of combining a living room lamp with water. A signature piece in the bathroom. A milestone in shower design. 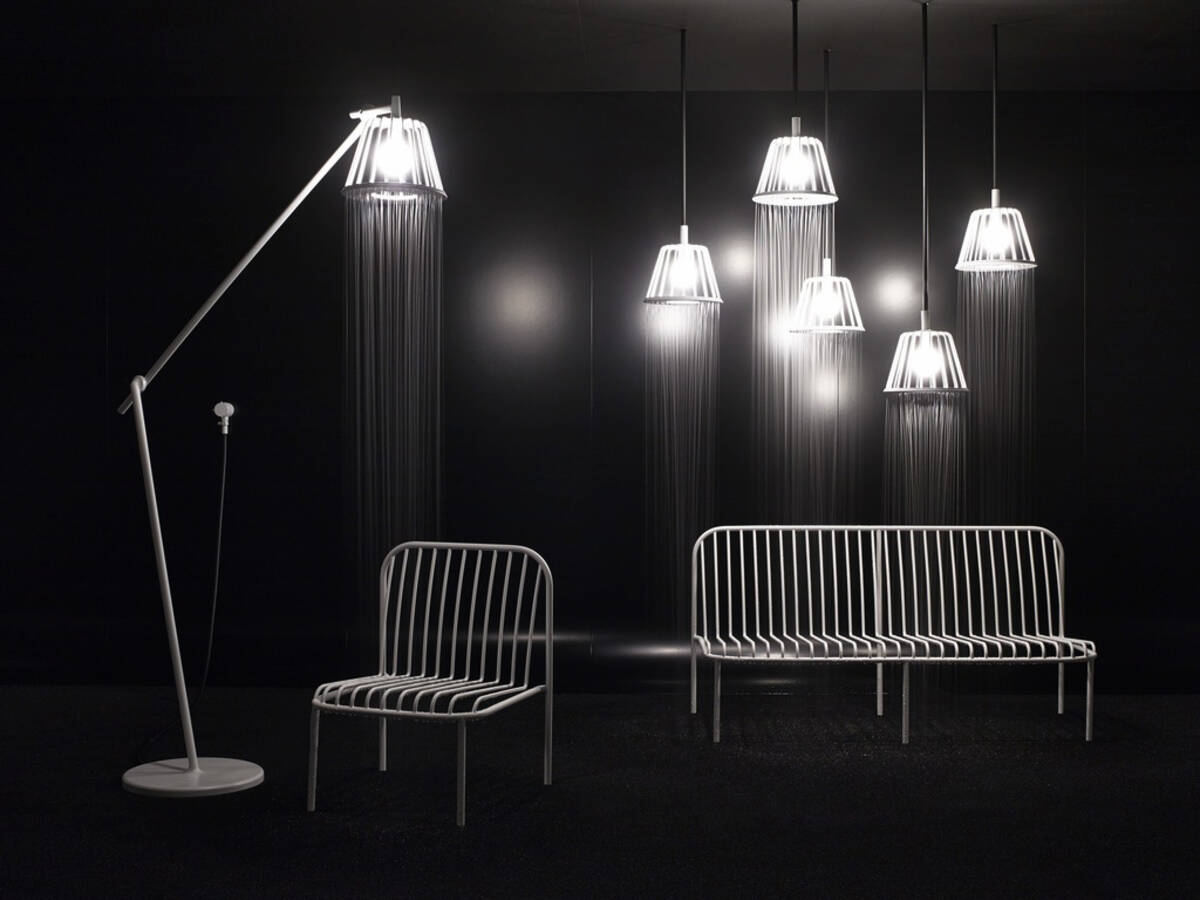 AXOR LampShower by Nendo. An avantgarde designer product. Created as a result of the AXOR WaterDream 2013.

Ribbon for Cappellini, 2007. A bar stool with a striking effect: the delicate ballet shoe ribbons are made of steel – not of fabric.

Metal benches Softer than steel. Developed in 2014 for the Italian designer furniture manufacturer Desalto. A successful optical illusion: the metal backrests appear to be soft and flexible.

JAPANESE RISING STAR WITH A BRANCH OFFICE IN MILAN.

Oki Sato. Creative brain behind the Japanese design studio Nendo. Born in 1977 in Toronto, Canada. After completing his degree in architecture, he established his Nendo studio in Tokyo. At just 25 years of age. This was followed three years later by an office in the European design metropolis of Milan.

In 2012, Oki Sato was twice named “Designer of the Year”: by Elle Deco and Wallpaper. A coveted title, which he has also won several times subsequently. Find out more about Nendo: www.nendo.jp

Individuality at the highest level.

To the highest degree of personality.

Check them out now.
Trusted partners

Find bathroom showrooms in your area

URL copied
There are currently no entries in your notepad.
This list enables you to collate products that you are interested in and find them again quickly at any time. To do this, use the “Note product” icon on our product pages.
To kitchen products Bathroom products
Error


You have not selected any products.
To do this, use the Compare product icon on our product pages.
Bathroom products
To kitchen products

The following products are listed on your notepad: